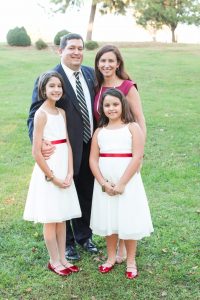 I moved with my family to Spotsylvania county 30 years ago.  After graduating high school I pursued my college degree first attending Germanna Community College and then transfering to Virginia Commonwealth University majoring in political science.

My wife, Melissa, and I were married on December 11,1999.  We have two beautiful and smart daughters who both attend Spotsylvania Public Schools.  We all reside, along with our two rescue dogs, in Breezewood.

I am a small businessman, owning a home remodeling business with my Dad who taught me this trade.

I won my first election to the Board of Supervisors in 2003 and served one term.  I am most proud of the commercial growth that was approved, along with transportation improvements, during this time.  The commercial areas of Harrison Crossing, Cosner’s Corner and the Village at Spotsylvania Towne Center were all projects I was instrumental in getting approved.

Spotsylvania Regional Medical Center located in Spotsylvania County during my first term and I was one of the first members of the hospital’s advisory board.

I was elected in 2013 starting my current, second term, on the Board of Supervisors.  I have prioritized jobs, transportation solutions, and education during this time and I am running for re-election to continue this strong record of success. 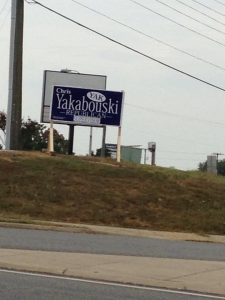